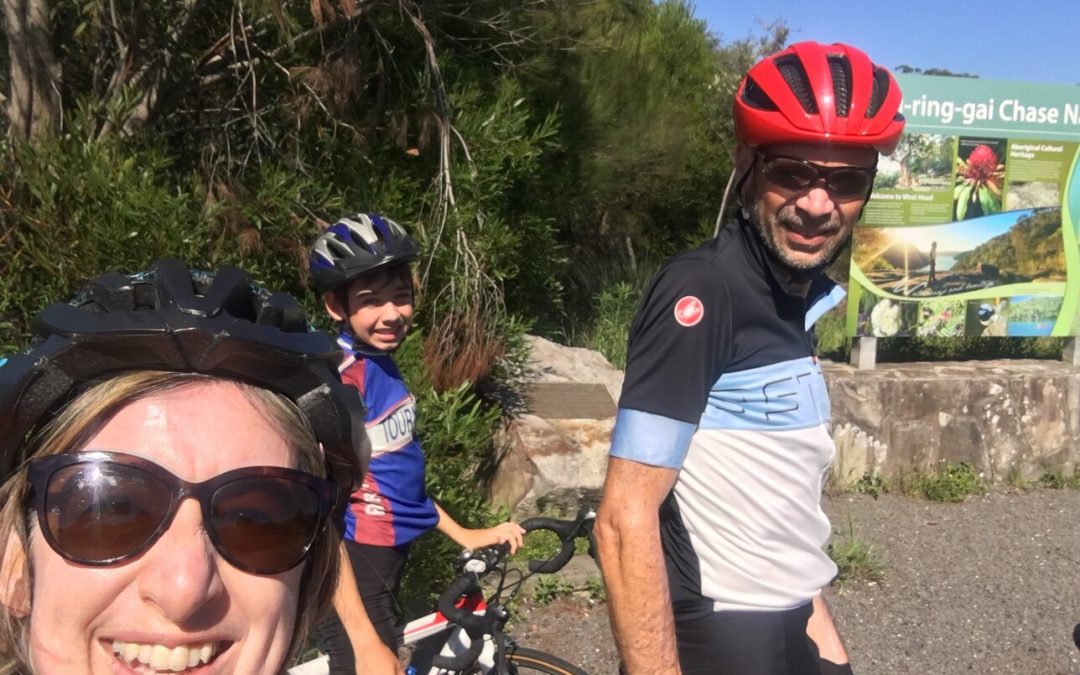 On the weekend we went out for a family cycle ride.  Now it’s been a few weeks since I’ve been on the bike.  This wasn’t a long ride but it was ALL hills, continuous up and down – luckily it was in a national park so the scenery was beautiful.

Exercise is one of the areas I know I should do it, but I don’t prioritise it enough – yep, guilty as charged.  However, I do love a bike ride, and it was great to be getting out for a Sunday morning ride.   I hadn’t done this ride before so to be honest I was just a little bit nervous, my husband promised to get the car and rescue me if needed, so the support was there – although I might never live it down if I had to use this card;-).

We set off and after a very short flat bit we hit the first incline, it wasn’t too steep but it was one of the ones where you just don’t want to look up, because it just KEEPS GOING UP.  It was difficult, my breath was laboured and my legs were screaming, what are you making me do!  My mind was telling me, you are so unfit, what were you thinking you’ll never make it to the end and this certainly isn’t fun!

Everyone else was gradually getting further and further in front.  But it wasn’t going to get the better of me, not yet, so I just concentrated on the next pedal stroke, then the next, not thinking about what lay around the next corner or what training I hadn’t done.   I made it to the top of the incline with my confidence intact!  I kept going and going, some parts were steeper, some parts were longer inclines and there were a few downhill runs included to catch my breath.  We stopped a couple of times to take in the view – ok maybe they were waiting for me to catch up, and before I new it we had reached the end.

Upon reflection I realised although that the first climb was not the most difficult part of the day’s ride, there were steeper bits, there were longer climbs – the starting was the hardest part for me mentally.

It reminded me to keep in mind that starting something is always difficult but if you concentrate, PUT YOUR HEAD DOWN AND JUST DO IT, THEN IT GETS EASIER, things get better and you come out the other end having achieved something!

So what are you putting off starting?

If you’d like to have a chat about starting to get back on track with your health, then book a free 10 minute call with me and we can have a chat about where you are at, what you want and see if my wellness and weight loss program are suitable.  If not, then I’ll try to point you in the direction of a few useful resources.